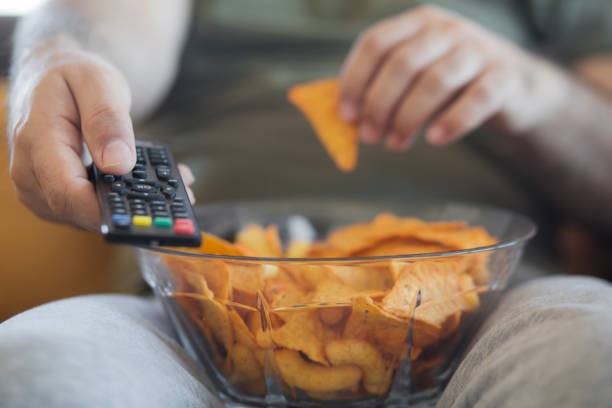 A practice that also extends to computer screens, being very common that we spend hours working in front of the computer, without even stopping to eat and pecking at anything. In this article, we show you the dangers of eating in front of the TV to raise awareness and adopt healthy habits. Take note and take care!

What Dangers Can Eating In Front Of The TV Entail?

As we can see, eating in front of the television is not good for anyone, being especially harmful to the little ones in the house. It is usual that many children do not want to eat but is watching their favorite drawings on television, and it becomes a daily routine to have breakfast, lunch, or dinner in front of the television while watching their favorite programs. The problem with these types of habits is that children do not pay attention to what they are eating, without noticing the flavors or quantities they are eating.

According to studies, children who are used to eating in front of the television are more likely to be overweight since they are not aware of it when full. Their attention is more focused on what they are watching on television than on eating. Likewise, they also do not pay attention to what they are eating, chewing food little, and being greatly influenced by the foods they see advertised or on screen. These same studies have shown that while children are watching television, they consume foods such as cookies, sweets, sodas, and chips. In general, all kinds of junk foods, that is, food without nutrients or vitamins that in the long run stimulates more the appetite and does not provide more than fat and calories. A type of diet that only leads to overweight, cholesterol, and diabetes.

And the studies also concluded that the problem is more in the type of food that is chosen and in not realizing how and how much they eat, than in the act of watching television. If junk food is substituted for healthy food, eating while watching TV would not be so harmful. Suppose children are given carrots, apples, vegetable purees, or salads and encouraged to exercise daily. In that case, they can be allowed to watch television while they eat, but always occasionally and as a reward, not as a routine.

How To Avoid The Adverse Effects Of Eating While Watching Television 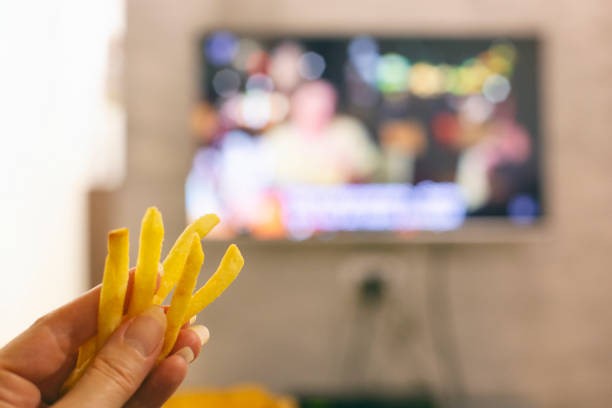 In addition to the little ones, the older ones also suffer these same effects, since watching television relaxes us and takes us away from reality and leads us to eat more if we barely realize it, always throwing away snacks and appetizers. The tendency is to eat mechanically, not be aware of the quantities and bingeing, being influenced by food advertisements. The more hours we spend in front of the television, the more sedentary our lifestyle will be, and the worse our digestion will be.

To improve your diet, lose weight, and reduce your cholesterol and diabetes problems, you should try to eat with the television off and chat with your family. Fasting from news and announcements will also help you feel better emotionally and not have so much anxiety or be tempted by certain types of foods. Forget the sofa a bit and try to walk half an hour or an hour a day and, as in the case of the little ones, set an example and change your snacks for healthy food such as vegetable chips, fruits, or natural juices.