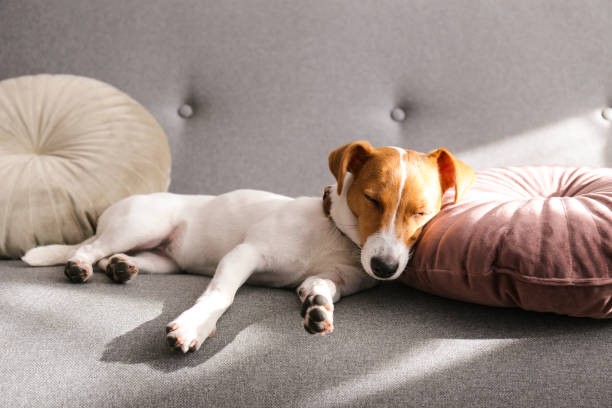 How are the different forms of rest in your dog? Here we tell you the basics, although each animal has its own characteristics. With them, you will get to know your pet more.

Dogs are sleepy. Not as much as cats, comparing the number of hours of sleep, but much more than most of their owners. The forms of rest in your dog are multiple and varied, they adapt to the circumstances and their own characteristics. From the personality of each specimen, to the age. Respecting their rest cycles is vital for these pets to have a full and happy existence.

Our pets need adequate space to sleep. This is a responsibility that is included with the adoption of the animal. Of the same importance as supplying them with the best food and taking them to the best veterinarians. 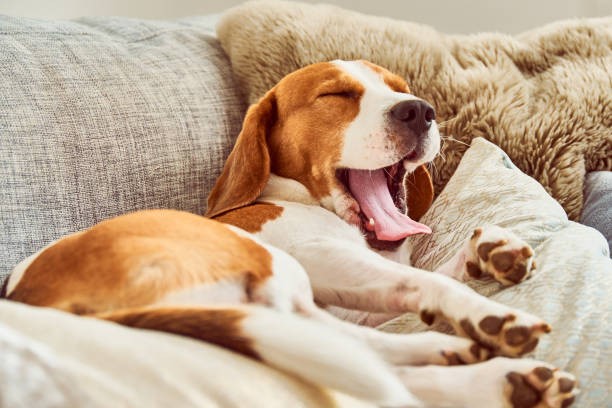 Although, on average, an adult dog takes up 13 hours of the day to rest, the lapses of deep sleep add up to less than 12% daily. 23% of each day are in light sleep. Whereas for a similar percentage of time they are in a state of drowsiness, but alert. In short, the sleep/wake ratio is 50/50.

Another important fact is that during the nights, they sleep for about eight hours. But waking up completely once every 60 minutes. It is common even that those who are in open spaces, get up to do some inspection laps. 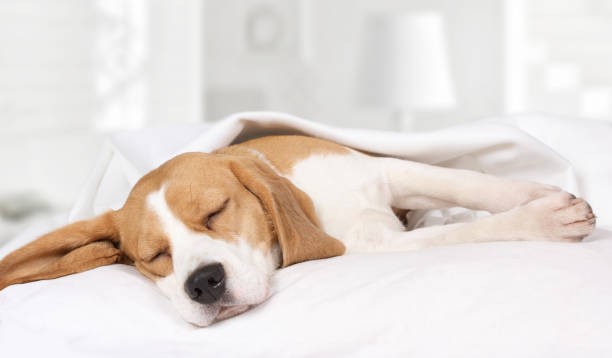 During the first three months of life, puppies are only interested in sleeping, eating, and staying warm. During this stage they still do not have the thermoregulatory capacity. For this reason, it is common to observe the entire litter ‘snoring’ piled up in small mountains. The same as in unorthodox positions: almost always flattened against the ground, upside down.

Very young dogs, as well as older adults, rest for about 20 hours each day. Only the latter usually rest in the forms they developed during their adulthood.

Positions and forms of rest in your dog 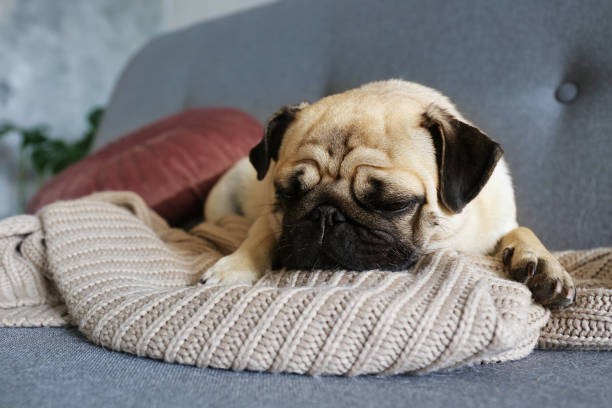 There are six ways to rest your dog. The first is the classic sitting dog position. A posture that he adopts both in a state of complete alertness and in drowsiness. The same circumstances occur when the animal is placed lying sternally or prone, leaving all the legs fully stretched out. Both the elbows, the sternum, the abdominal area, and the chest maintain contact with the ground.

Another well-known position is when they lie down on one of their flanks and are close to entering the REM phase. If they snuggle up fully, they are not only relaxed enough to fall into Morpheus’s arms, they also seek to conserve their body heat.

The other two positions are: lying more lateral sternal (resting, but very alert) and supine decubitus. The latter the typical upside down of puppies or specimens that fully trust their owners.