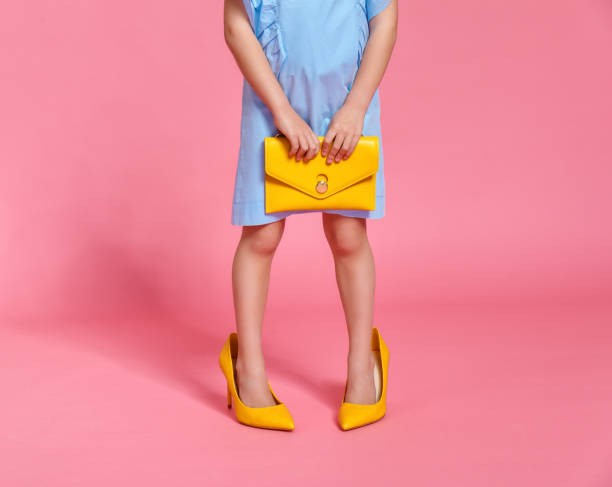 We have all been girls, and we wanted to wear high heels. There is a tendency that we can call natural for girls to want to appear older, this could be understood within a context of normality.

But what if we start to see girls under the age of 10 wearing heels? At what age could we recommend starting to use them? These and other issues are the ones we are going to talk about. But as we always say, it is the mothers who have the last word. 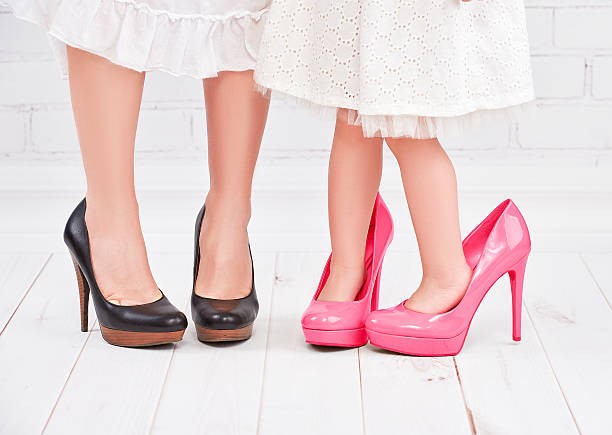 We are not going to argue that wearing heels makes women appear slimmer, they walk differently. The side effects, positive and negative, are obvious, but at what age should girls start wearing heels? What are the consequences of wearing high heels?

With heels, even 2 centimeters high, the leg muscles are at a higher level of contraction. Although the child may not be fully on tiptoe, her muscles do not relax as much as if she were wearing flat shoes when she steps forward. Therefore, the tendons get used to a foot that is not in full extension, being shortened.

Also, the posture of the spine tends to change, which, in the long term, can cause pain over time. The heels push the body forward, and to maintain balance, the back naturally must arch back to correct the position, so the spine is modified.

Also, the body’s weight is not distributed naturally on the foot, but falls on the metatarsal and toes, which are not prepared for it. 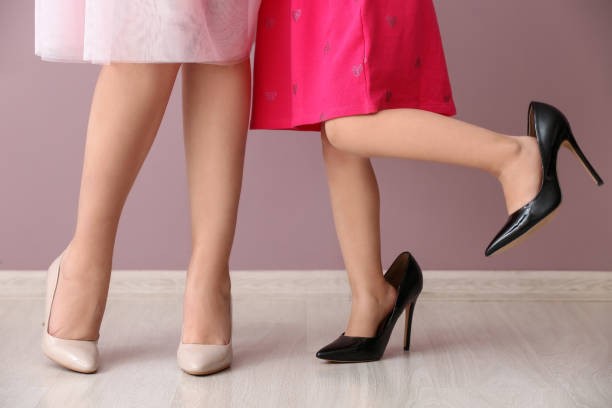 With this information, we reach adolescence, where designers and fashion themselves have incorporated heels for young girls. Also, at these ages, girls already have the same foot size as an adult and can, in theory, use any model.

The World Health Organization talks that low-heeled sandals could be used from the age of 12. What does not convince us is why, according to what they say so that at the age of 15, her legs are already stable, and she does not suffer when dancing the waltz at her party. And yes, culture also plays an important role in the early use of heels.

In the heel designs that are used for adolescents, these tend to be wider and more comfortable, many of them wedge-shaped, in a light and flexible material, such as cork or yucca. Another option that we see in fashion is high platforms.

Are Dance Shoes The Same As Heels? 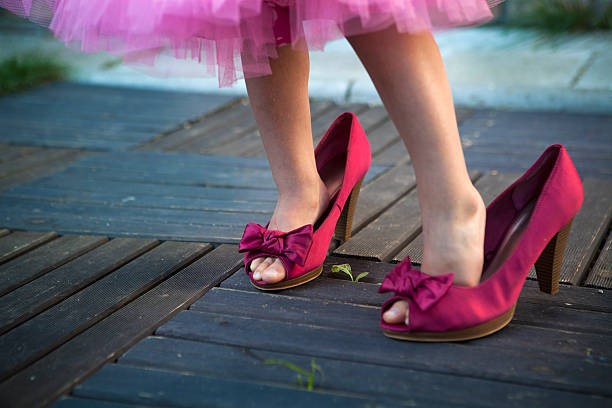 A couple of years ago, the photo of the daughter of Katie Holmes and Tom Cruise went viral, when she appeared with heels at the age of 3. Many people shouted to the sky, and others saw it as normal. They were high-heeled dance shoes, and the girl, with her parents’ permission, wears them regularly. Without going into the controversy of heels, they are for that purpose if they are for dance.

This anecdote can be transferred to our country, where some regional costumes wear high heels as a compliment. And there are girl’s shoes with heels. Ideally, these shoes should never be used, because they can cause injuries during the psychomotor and physical development of girls, especially if they are 3 years old, but we can let them wear them at dances or in very specific and short periods of time.

Remember that most of the time, if not all the time, girls, just like boys, should wear light and flexible footwear that allows their feet to move naturally and walk safely, avoiding slips and falls.