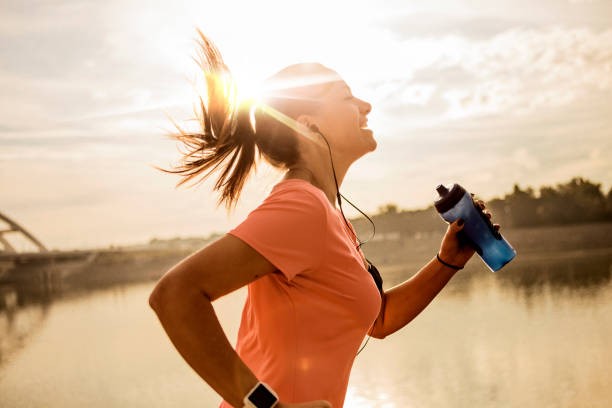 Is jogging your sport? These 8 arguments are sure to convince you and get you on the treadmill or in the park.

Jogging: It’s that good for your body 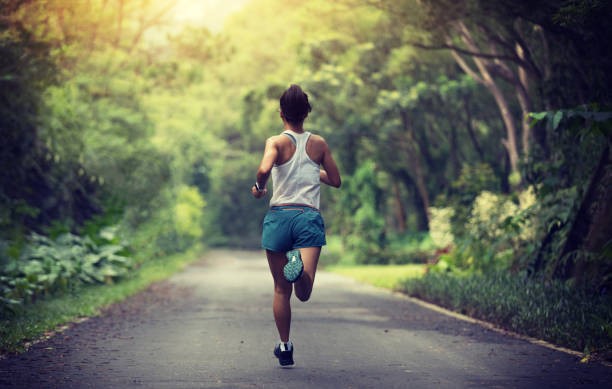 Anyone who has decided to run basically no longer has an excuse not to exercise. Because you can jog anytime, anywhere. Running is more fun when the weather is nice than when it is raining. Nevertheless, precipitation or colder temperatures are no reason not to start running – the right running clothes will take care of that.

And your body will thank you. Because running is not only good for the cardiovascular system, it also burns a lot of calories. It’s also good for your mental health.

How many kilometers of jogging is ideal? 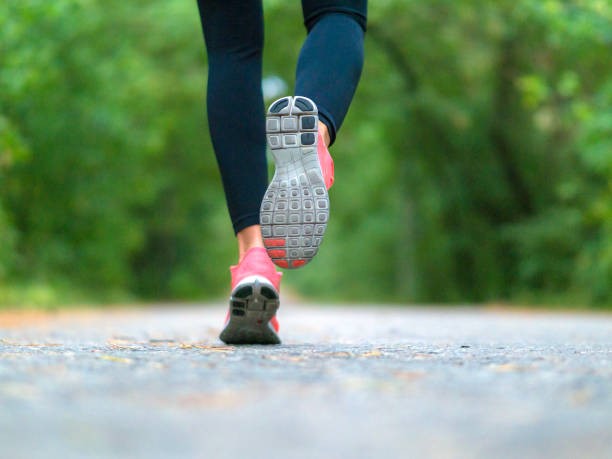 Basically, you shouldn’t run more than 10 percent more than in the last training session. If you are a beginner, 1 kilometer is enough for now.

After 2 or 3 running units, you can always increase yourself by 10 percent and slowly but surely get your muscles used to the run and improve your endurance.

Jogging: That’s why it’s worth getting started 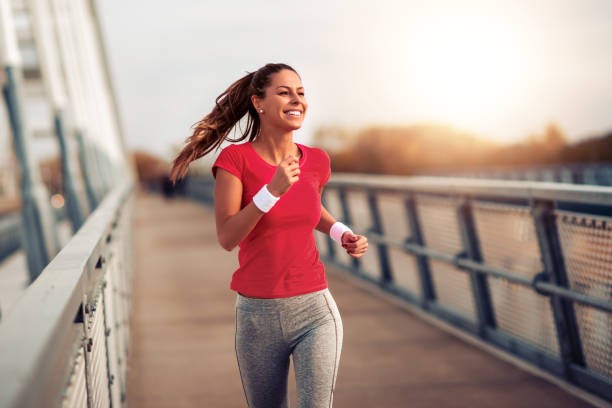 Jogging not only makes you fit, but also happy and healthy. We have 8 super good reasons for you why you should start running right now: 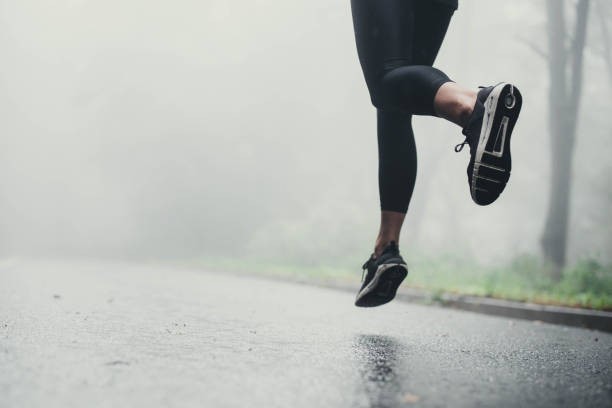 Running not only improves blood circulation, it also dilates the arteries. The result: the brain is better supplied with oxygen. In addition, the ability to perform and concentrate increases permanently through running. 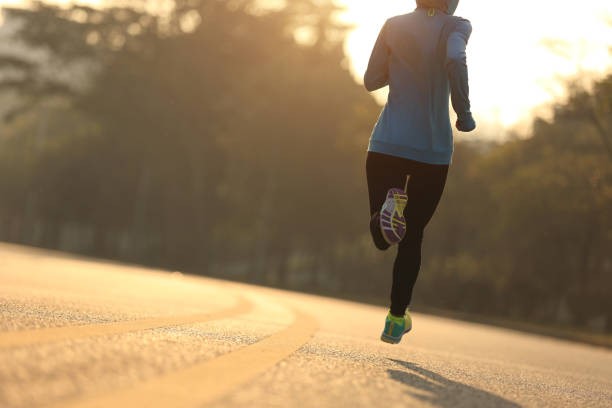 With the ideal training pulse, you train even more effectively. And the faster you run, the harder the heart has to work. But it also learns to pump more economically, so it produces more power with a lower number of strokes. Incidentally, an effect that you can easily check if you measure your resting heart rate early in the morning after getting up and then again 4 weeks later. As a rule, it should go down, and that’s a good thing.

10 beats per minute less is around 52.56 million work cycles that you save your heart. The blood circulation is improved, and the blood pressure also drops. The likelihood of a heart attack – one of the most common causes of death – is decreasing. And: You strengthen your immune system and even lower the risk of cancer. 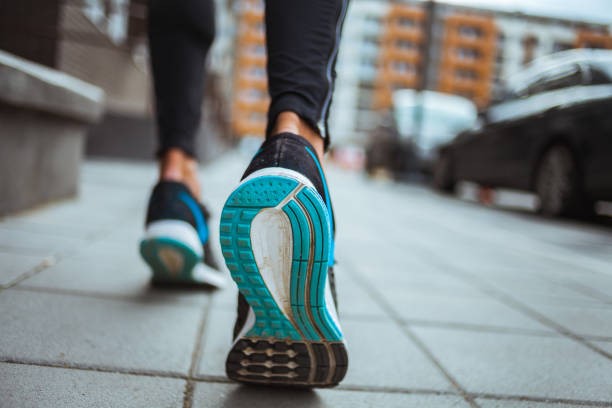 Are you sometimes less motivated? Then ask a friend if she would like to come with you. Because running together is not only more fun, it also helps to find the ideal pace. The reason: The optimal speed is reached when you can talk easily while you are doing it.

Also, there is mutual motivation: You don’t cancel the fixed appointment with your girlfriend so easily. Can’t nobody be motivated? While running, you can also easily make new contacts, for example, through running groups. 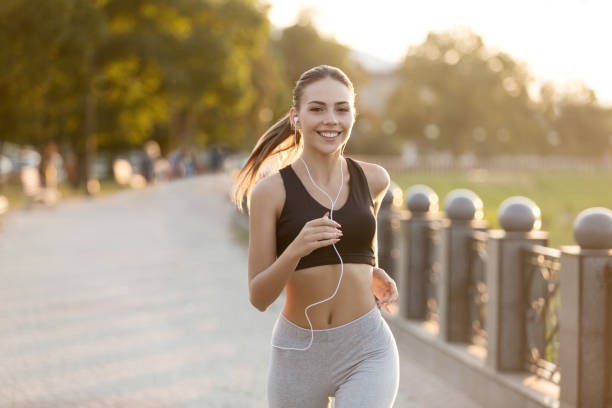 Jogging not only boosts your fat burning. Above all, regular runs make it easier for your metabolism to access annoying fat deposits. Plus: Regular, steady running builds muscles.

Above all, these become firmer, and the skin appears firmer. You train your buttocks and leg muscles in particular, but your upper body is also constantly in motion. The result is a well-formed figure.

5. Running is so simple 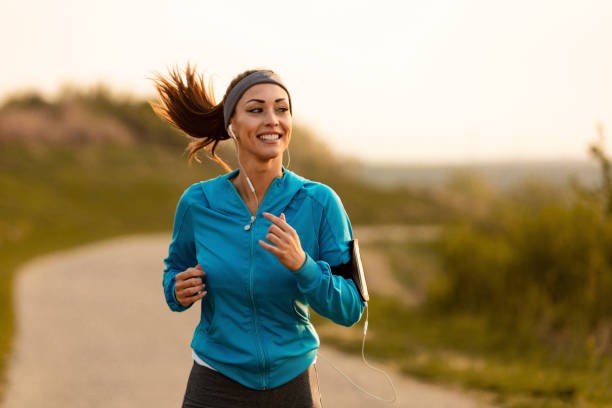 All you need is a pair of good running shoes and a sports bra and you’re good to go. Even if you are not in top shape, just start walking at a comfortable speed for you.

You don’t need a lot of previous knowledge or expensive equipment. You just run, and you will notice how you get fitter and fitter. You don’t have to rush anything, because the more often you run, the bigger goals you can set yourself.

6. Running relaxes and makes you happy 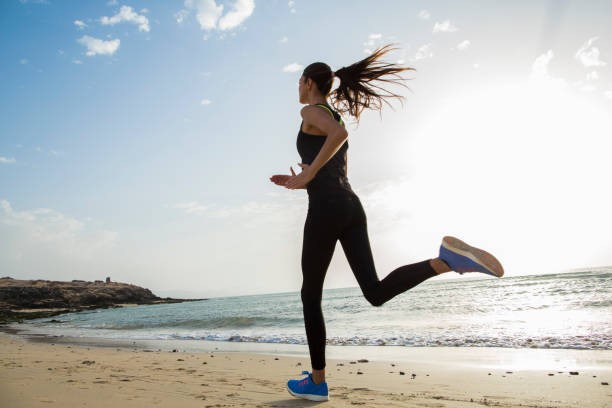 After a stressful day, running helps clear your mind. Stress hormones, such as adrenaline and cortisol are broken down. Put in a short sprint in between. According to a study by the Technical University of Munich, happiness hormones are released during higher physical exertion.

7. Running is a top calorie burner 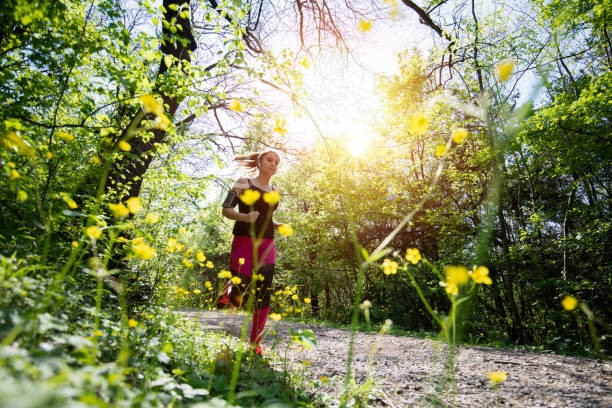 Whether on the stepper, cross trainer or bike – in no other endurance sport do you burn more calories than running.

For comparison, the result of an American study (Medical College of Wisconsin): In the gym, you burn between 500 and 700 calories per hour, depending on the training device. When jogging, there are easily 700 to 850 calories in the same amount of time. 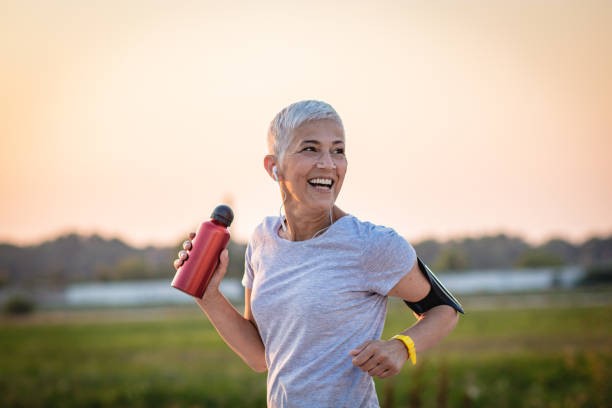 According to a study by the Medical Center at Stanford University in California, regular jogging slows down the aging process in the body.

For example, skin cells benefit from improved blood circulation: the concentrated oxygen supply to the cells helps avoid impurities and wrinkles. You are simply running away from aging.